keep it to yourself!

Have you ever invented something? Have any patents under your belt? I have a feeling you have. Most of us have a few eureka moments in our lives, others blessed with many.

Where do good ideas come from?

Check out this TED talk by Steven Johnson here: 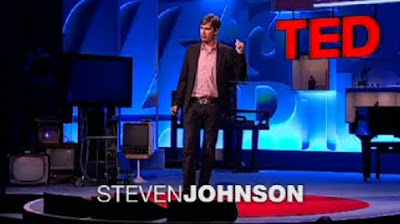 Steven was also featured in the Wall Street Journal, September 25th, in the article, The Genius of the Tinkerer. In a similar tone to his TED talk, he speaks about how to use technology.

Innovation is not about implementing the latest technology, but the appropriate technology.


It's clearly about not keeping it to yourself, right? If you've ever wondered about the validity or complained 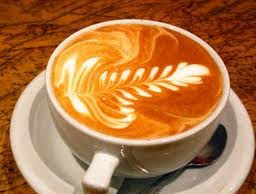 about preparing for a design review, I hope this makes you think twice.

If brainstorm meetings, product development strategy sessions, or design reviews aren't quite what they used to be in your company, perhaps we should talk over coffee.
Posted by Jennifer at Tuesday, October 26, 2010 No comments:

Can't they just read it?

Training is basically knowledge and skill transfer. It would be wonderful if we could easily be enlightened by simply reading. Oh how easy college would have been and what a genius I'd be right now!

Training without interaction, performance goals, and expectations will not maximize benefit to the 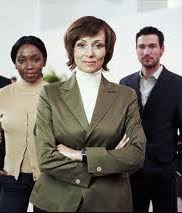 company nor the colleague forced to spend possibly hours away their daily assignments.

Training with performance goals is not easy. It involves at minimum three people: the trainer, the colleague trained, and their manager. It involves participation in the training, assignments afterward, and accountability with a manager. The purpose is to stretch and grow colleagues within your company to make them better contributors and to positively impact the bottom line.

Training that is active and involving all senses to force new ideas and skills to become habits through hands-on application, role-play, tests, and discussion maximizes how much information is retained and ultimately applied on the job.

Posted by Jennifer at Tuesday, October 19, 2010 No comments:

why do we need training?

The need for training is often identified when something goes wrong. 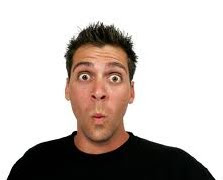 These are just a few examples of common business problems. These issues have root causes that are not always correctable through Training. Let’s take the first example of “Bad parts are getting to the customer”. A few of the root causes could be:

Each of these root causes identify a different person as responsible for the failure, which in turn identifies specific training – or does it?

In addition to understanding what, where, and when, it is important to identify who is responsible and who will impact future outcomes. ‘Who’ is commonly defined in a process explaining the performance required. It should be noted that job performance is simply tied to job expectations, work experience, job knowledge, and workload. Everyone goes to work wanting to do a good job.

Any employee should be able to say: 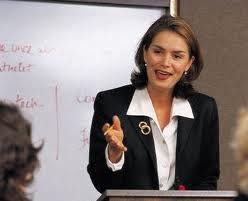 Training is needed when an employee can’t do #3 well. Setting employees up for success can only make the company more successful.

Posted by Jennifer at Tuesday, October 12, 2010 No comments: 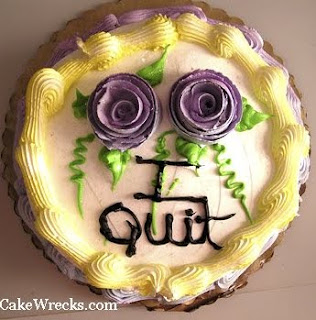 A co-worker bustled into my office holding a slim folder. "Could you take care of this as soon as possible and then bring it down to marketing?" she asked breathlessly. I grabbed it from her and reminded her that my manager needed to see it as well. Just then my phone rang. It was the administrative assistant from human resources, wanting to know if I had possession of the folder and what time I might be able to return it to her.

I looked around furtively to make sure no one was looming over my shoulder before I snuck it open, pen in hand. Stealth and secrecy were of the essence. No, this wasn't a legal contract for a new acquisition. It wasn't a patent application or a termination notice. It was a birthday card.

There's something primal about birthdays celebrated at work, in terms of how they bring out the jubilant little kid in all of us. These days, birthdays at home or among my friends tend to be relatively sedate affairs, now that we're all well into middle age; but somehow in the workplace, a birthday still sends everyone into a festive tizzy.

Of course, there's no question about the main reason people in offices love birthdays: Birthday cake. In general, the group at my workplace is a nutritionally restrained bunch, eating salads and fruit for lunch, yogurt or a cup of coffee for a late-afternoon snack. But for birthdays, everyone dives into the cake with abandon as the guest of honor chuckles politely over a card signed by 12 different people, each one staking out their own little territory on the page.

No one ever has anything meaningful to say on an office card. The fact that we can't think of anything clever to write is only part of it; there's also the awareness that 11 other people are going to read your message before they sign it themselves. So we just try to fill up our allotted three or four lines of scribble. "Wow - another year older!" or "Hope you celebrate in style!"

At my last workplace, I let it slip at some point that I loved to make birthday cakes. From then on, needless to say, I was crowned Department Birthday Baker. I still remember my boss asking me if I'd do the honors for Kelly, who had just joined our team from another department days earlier.

"I will, but what kind do you think I should make?" I asked him. "I have no idea what she'd like."

My boss was no baker; he was a sophisticated cosmopolitan bachelor whose kitchen inventory probably consisted of a bottle of vodka and a can of macadamia nuts. "Carrot cake," he said definitively.

"Carrot cake?" I wailed. "Do you know how long it will take me to grate all those carrots? I've only known Kelly for forty-eight hours. I'm not making her a carrot cake!"

I went with basic chocolate, which Kelly assured me she liked just fine as the party was wrapping up the next afternoon. But by the time her next birthday rolled around, when we'd had the chance to work together and develop a cordial friendship for a full year, I felt compelled to ask her what her favorite kind of cake was. "Carrot," she admitted. I left early that day so I'd have plenty of time to grate the carrots.

One reason I like making cakes so much is that I like eating cakes so much. And I thought this was readily obvious until my own birthday arrived. As is always the tradition, the conference room was dark when my manager summoned me in on the pretext of an emergency meeting.

"Surprise!" everyone yelled as the lights went on. In the center of the big glass table was a round plastic tray with Ritz crackers and a brick of orange cheese.

"Everyone always has cake for their birthday, so we decided for you we'd do something different!" my manager said proudly. "Who needs more sweets? Isn't this a nice change?"

I didn't stay at that workplace much longer. It might sound petty to say I quit over my birthday celebration, but it was akin to the heroine's disappointment in "Father of the Bride' when her fiancé gives her a blender.

It was heartbreaking to discover that my manager, and the rest of the department, knew me so little, after so many years. I mean, really: Supermarket-brand cheese and crackers? And much to my additional disappointment, "crappy birthday party" was not a line-item option on the exit interview form.

The reason we love celebrating birthdays at work, I've come to realize, is that the whole mindset of a birthday party is so completely the opposite of how we get accustomed to thinking at work. Workplace pleasures so often come with a price. If you get a promotion, there is always the strong possibility that some people are not particularly happy for you and don't necessarily think you deserve it.

If you take the afternoon off, there's always someone tripping over herself to tell you that she was in the office until 9 o'clock last night.

Birthdays, on the other hand, are about being celebrated merely for the literal fact of your existence - the one thing that no co-worker is likely to try to detract from. "Congratulations on your promotion" might be said with dubious sincerity, but when your officemate drops by the conference room to say happy birthday, you can be almost certain that she really means it.

Office birthdays are so frivolous, but that's exactly why we love them. A break in the workplace routine for a few minutes of festivity. A sugary, fattening snack we normally wouldn't allow ourselves. A few minutes to gab with co-workers about weekend plans or recent vacations or pet anecdotes. Office birthday parties always have the feel of a forbidden pleasure, kind of like the big yellow buttercream rose in the center of the cake.

That is, as long as your department doesn't decide to "surprise" you with cheese and crackers, in which case - as I discovered - it's time to resign, and do not tell your new colleagues that you love to make birthday cakes.

-story written by Nancy Shohet West and originally published with the Boston Globe in their on-line job forum here: http://www.boston.com/jobs/news/articles/2007/09/09/birthdays_offer_break_from_the_office_norm/?page=1

Published for you as a treat and hopefully a smile in celebration of my birthday this week!

You really wanted cake didn't you?

Posted by Jennifer at Tuesday, October 05, 2010 No comments: 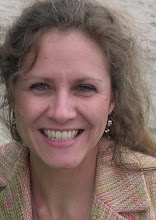 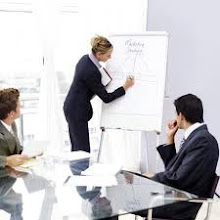